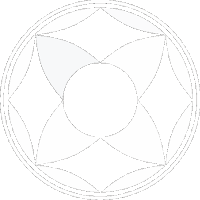 A brief history of Kendo

The Japanese word 'Kendo' is comprised of the two kanji shown below. The first, 'ken', means sword; the second, 'do', is 'path' or 'way'. So 'Kendo' can be translated into 'the way of the sword'.

Kendo is a martial art that was born from the schools of swordsmanship in the Kamakura period (1185-1233). This shogunate marked the start of the fuedal age in Japan's history, with the samurai class effectively ruling the country. The warriors of this era established schools of swordsmanship which were developed with heavy Zen Buddhism influences. The Bhuddist concept that the distinction between life and death is illusionary allowed the samurai warrior to go into battle without fear of death. These schools taught "kenjutsu" and continued for centuries and formed the basis of modern kendo.

The Tokyo Police Force started using kenjutsu training as for discipline and physical conditioning in 1879. In 1895 the Dai Nihon Butokukai (All-Japan Martial Virtue Society) was established to encourage kenjutsu and other budo arts, and brought together the different schools of kenjutsu. Kendo was officially born in 1920. After WWII, kendo was banned by the occupational forces because of the militarized use of martial arts by Japan during the war. Kendo returned, first as Shinia Kyogi ("Shinai Competition") in 1950 and then under its proper name at the restoration of Japanese independance in 1952. The All Japan Kendo Federation was formed immediately. Kendo returned to being taught in schools and being used by the police. In 1970 the International Kendo Federation formed to promote and popularise Kendo internationally. The Kendo World Championships have been held every three years since then.